2020 started out well, better than most years, even. We had the laziest Thai beach vacation ever and second semester started off with both of us chaperoning a model UN trip to Shanghai.

But right around the Chinese New Year holiday we started to hear about the new virus in Wuhan (Wuhan is pretty far from us- if Tianjin is roughly parallel to where New York City is Wuhan is roughly around eastern Tennessee). By the time we heard about it, we were nearing another week-long vacation for CNY. The New Year break started off just as every other year-not much going on, but some talk of the new virus.

We went to Beijing to meet up with our good friends for a fancy New Year dinner. (Peking duck and a show with traditional dances and such.)  There had been talk of the virus but nothing like what it has become.  On the way to the train station we noticed the lack of traffic, the lack of people in the station and that everyone we did see was wearing a mask. We thought maybe things were quiet because of the holiday-we couldn't quite remember-are things usually busier at the train station or quieter on the actual day of the holiday? Still, it all felt strange and on the train was the first time a stranger approached us to suggest we put on masks.


After a great night out with our friends we returned to Tianjin on New Year's Day (Jan. 24), with plans to go back to Beijing midweek. Within a day of returning to Tianjin, we knew we probably wouldn't be going back to Beijing, at least not all 5 of us together. There was a rising sense of concern about the virus. On Sunday the 26th we learned that school would be closed through at least the second week of February. We went to Sam's Club to get supplies in case we got stuck. 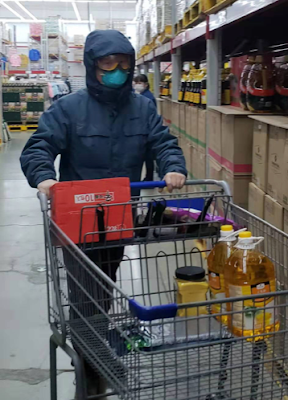 The New Year break is usually quiet for us anyway. It's very expensive to travel that week, so we usually just stay home and even in a normal year all small businesses are closed that week. For the rest of the break we watched lots of TV. We ate snacks all day. We got together with some friends (don't tell anyone). We were a little nervous about what was going to happen next but not panicked. 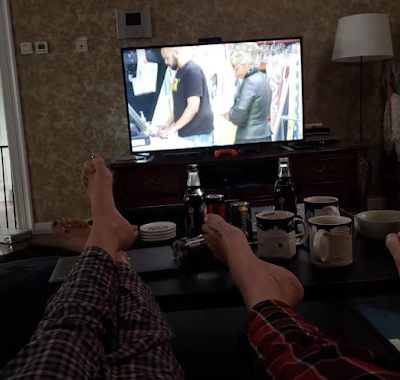 Before going on about our experience, you should know that at this point, we have been getting our information primarily from American news-so basically we have the same information as you. We are in no way experts in epidemiology or the prevention of pandemic.  That having been said, as far as we can tell there is very little risk  for us related to the virus. In a country of 1.4 billion people the number of people who are sick is incredibly small. In our city of 14 million people there are less than 100 cases, and it seems to be life threatening to a much smaller percentage of that already small group.

To the extent that we are worried it is related to the response. We understand that a lot of this is an excess of caution. It is a response to a disease that is not fully understood and probably best to overreact a little. However, some of it is challenging.

Everything we have read says that masks are important for doctors and nurses dealing directly with people who are sick, but will not do much if anything for everyone else. Still we can not go outside without a mask. Some of this is formal, stores will not let us in without a mask, drivers are not allowed to pick us up if we aren't wearing one. Some of it is informal- strangers will stop you and insist you put one on. It is an argument we don't need to win so we wear the masks now. 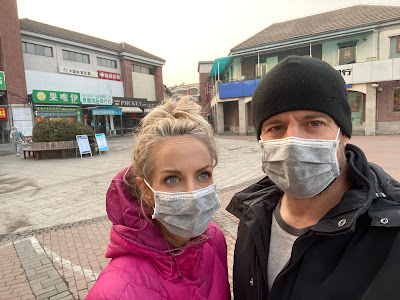 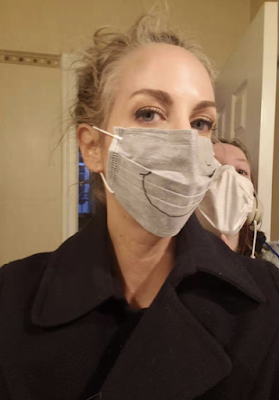 While the city of Wuhan and the surrounding area are on a formal quarantine with everything locked down, the rules for our city are not as clear and seem to be enforced largely by peer pressure.

We are not legally required to stay indoors, but when other foreign teachers have been outside neighbors have taken pictures and complained to the school. While the insistence on masks seems excessive it is understandable, but there are other rumors about the virus spreading in the wind or in the snow that seem absurd but they are getting repeated.

Going to stores, or leaving or entering our neighborhood there are people taking everyone's temperature. We have been stopped by the police more than once to have our temperature checked and they are writing down information on everyone they stop. It is not entirely clear what would happen if we happened to have a fever. Increasingly we are aware that we just can not go outside much at all. 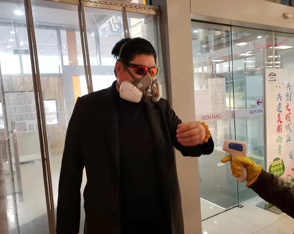 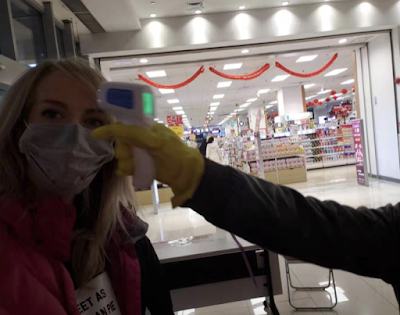 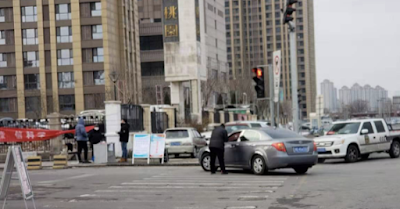 We're stuck here at home until the 17th at least. At the time of writing this it looks like we will  probably be at home until March 2. We've started online school which is a totally new experience as both teachers and parents. It's interesting and difficult and boring and fun.

Two weeks of increasingly being stuck indoors has been challenging already. Another three weeks of this is a daunting prospect. We are trying to stay busy and not kill each other. We send the kids on errands to the grocery every day though, just to get them out. We bought a badminton set to knock around indoors with our high ceilings. We have seen all of the Oscar nominated movies and have opinions on them all.

Going forward there are a few things we are watching for. So far finding food has generally been fine except for bread; we may have to live on chips and cookies, but it's food. Groceries and gas stations are operating as usual. If getting food or water is at all difficult that would be a source of concern. If hospitals become difficult to access that would also be a something we would pay attention to.

It seemed strange that the US consulate left Wuhan right at the time citizens would likely need help. The US embassy in Beijing has been closed over the past several weeks with a phone number available for emergencies. In nine years of living overseas we have only been to the embassy to renew passports, but right now we are paying a lot of attention to them. If things get worse we have options. There are commercial flights available, and in the worst case we can get on an expensive charter flight. But none of that seems likely in the short term.

For now we will keep on doing our thing. Teaching in sweats. Connecting with friends when we can. Wearing our masks and quietly staying calm and sane.

(If you would like to make yourself a little crazy watching a running total of how many people are sick Johns Hopkins has this site  that you can keep refreshing over and over again.)

Posted by jimandirish at 8:41 AM